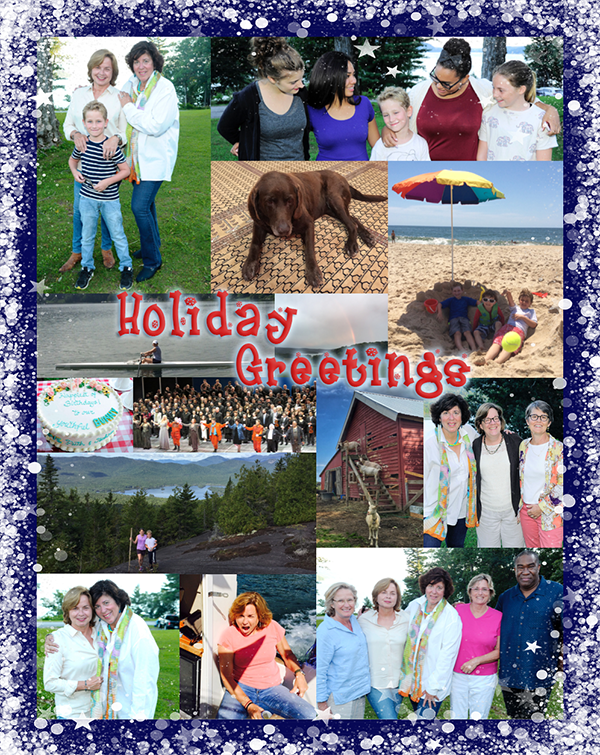 The Glimmerglass Festival, which presents four mainstage productions of opera and musical theater every summer, has released the full details of its ever-expanding summer schedule. As its core offerings in 2016, the company will present new mainstage productions of Puccini’s La bohème, Sondheim’s Sweeney Todd, Rossini’s The Thieving Magpie (La gazza ladra) and Robert Ward’s Pulitzer Prize-winning The Crucible, which will be directed by Festival Artistic & General Director, Francesca Zambello. The Festival runs July 8 through August 27. Zambello will also host a Preview and Brunch on August 7, 14, and 21 at 11am at the Pavilion. 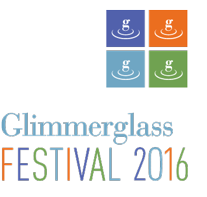 To coincide with the opening of the new production of The Crucible on July 23 at 4 p.m., the company will present, Close-Up on The Crucible with Eric Schneiderman: What really happened at the Salem witch trials and why it still matters. Schneiderman and guests will discuss the Salem witch trials, the “Red Scare” that inspired Arthur Miller’s theatrical depiction in The Crucible, and other “trial by fire” moments in American history. The opening night seminar will include an in-depth history of the Salem trials, a mock debate for and against the witches, and performances of works by artists whose work has come under fire. Tickets are $25 and $10 for youths.

For more information about any production, or to order tickets, see the Glimmerglass Festival website.

“In the hands of Zambello and Conductor Philippe Auguin, the first three evenings of operas have offered exceptional dramatic and musical interpretations, but Twilight proved to be the pinnacle… This has been a great Ring Cycle and one I believe will be one for the ages. Zambello has found a new way to keep Wagner’s challenging marathon moving. I doubt if ever an audience has experienced the kind of physical and emotional interactions as in this production, nor, I wager, has a director ever used the time so well to create a space for singer-actors to risk and give so much… Zambello‘s Ring is both the most human of stories and contains the theme of the most critical challenge facing us today. The production uses gorgeous music, drama, and stunning visuals to ‘grow us new ears,’ thrill us, and break open our hearts to a love of the arts.”

Stunning Twilight of the Gods at the Washington National Opera
“When you have an opera production of depth like Francesca Zambello‘s The Ring of the Nibelungen, it is nearly impossible to pick a moment that captures its essence… This Götterdämmerung is truly awesome — in both the original and contemporary senses of the word… After seeing this production I don’t hesitate to say that no Hollywood director could ever accomplish art on this scale in their wildest dreams”

Review: The Ring: Twilight of the Gods (Anne Midgette, The Washington Post, 5/8/16)

Twilight of the Gods confirms the triumph of WNO’s ‘Ring’
“…by the end of Twilight of the Gods, the fourth opera in Wagner’s tetralogy, which wrapped up the first cycle at the Washington National Opera on Friday night, it was clear that, for once, the return on this huge investment is a genuinely important work of art. Francesca Zambello‘s Ring cycle is strong and moving, thought-provoking and powerful, with musical performances and insightful directing supporting each other in an experience that will leave those who saw it thinking and savoring for a long time to come… Zambello‘s direction, too, has come into sharper focus. This whole Ring negotiates the macro-micro divide with aplomb…”

“An exhausting but exciting week was spent at the Kennedy Center…The audience roared for conductor Philippe Auguin, as well as director Francesca Zambello and the creative team. So many people were needed to put on such an enormous week long performance and “bravi tutti” for creating a wonderful success. It is a thrilling experience and with only two cycles of The Ring of the Nibelung left, I would make sure to grab a ticket.”

“Zambello doesn’t back off from grounding the work in what is one of the most beautiful and emotional scenes we’ve been treated to thus far in three operas, the meeting between Wotan and Erda. Zambello insists dramatically that theirs is a serious relationship and central to our understanding the great arc of the tetralogy.”

“Famous for ‘The Ride of the Valkyries,’ Washington National Opera’s production of The Valkyrie made a huge impression. Jaw dropping fight scenes with dogs bounding across the stage, aviators parachuting through the sky, rings of fire, and heart wrenching scenes between father and daughter, The Valkyrie definitely grabbed my attention. …The most poignant part of the The Valkyrie was the set of the third act. The Valkyries, dressed to resemble Amelia Earhart, gather fallen heroes in Wagner’s story. This is another scene where we get a glimpse of women independence in the Progressive Era. It is very important to note that the Washington National Opera put the faces of actual American fallen soldiers on stage in their production. It was touching and moving. As the curtain came down on the final act, a stage full of fire illuminated those faces.”

“With Washington’s first-ever complete Ring of the Nibelung, director Francesca Zambello achieves an extraordinary milestone — not just in staging the four operas consecutively, but in bringing her own voice and vision to Wagner’s saga of conflicted Norse gods and their troubled entanglements with giants, dragons, earth spirits and a few bewildered mortals… it arrives clear, strong and with more imaginative power than ever. It’s a testament to Zambello‘s determination to grow the art form… Zambello‘s is known as the American Ring because she, in large part, interprets the story through this country’s lens, historically and culturally referencing iconic times, places and vistas… Zambello‘s innovation does not stop with the mood and imagery. She also reveals a deep interest in Wagner’s women. There is powerful commentary here on the vulnerability of women in the face of male brutality and power… …she also embraces Wagner’s more primal and ominous themes: the poor and weak may be ruled by the powerful, but life is capricious, power is fragile, and death is coming not just to us all, but perhaps even the universe. The beautiful imagery, Yeargan’s evocative sets and Zambello‘s clear storytelling make for a powerful vehicle… It is music to be heard live and conductor Philippe Auguin, bringing a tremendous performance from the WNO orchestra throughout, does not disappoint. It is also one of Zambello‘s most inventive turns, flying her Valkyries down from the heavens in the form of vintage paratroopers, singing in a fabulous array of richly wondrous power-voices. Returning also from 2007 are the photographs they carry as symbols of the fallen warriors they will bring to Valhalla. As before, they are the hauntingly handsome faces of young men lost in the wars in Afghanistan and Iraq… Zambello‘s Ring is an aural, visual and spiritual event: an immersion in a dark and extraordinarily beautiful world like no other.”

“”The epic tale continues as the Washington National Opera’s production of Siegfried —The Ring of the Nibelung-Part Two played to a very appreciative audience last night at The Kennedy Center Opera House… As Mr. Brenna and Ms. Foster sang together in their final notes of euphoric joy, this absorbing and reflective production of Siegfried ended with thrilling triumph and powerful satisfaction.””

“The whole company surpassed what I could have imagined after the success of Part I (The Rhinegold) two nights before. This was unequivocally the most glorious and moving opera I have ever experienced… Boy, does Zambello know her stuff with the physicality in this production! The images pile on, many which both startle and deeply shock… Zambello releases us emotionally to recognize and laugh with childlike delight as the Valkyries slide through the air with parachutes on a great diagonal, all dressed in aviatrix jumpsuits with white silk scarves reminiscent of our most famous female flyer, Amelia Earhart. With this directorial choice, our director may have hit upon the most emblematic image yet of the Americanization of her Ring. Magical, hot, colorful, emotionally charged, and dangerous, the fire symbolized the entire opera and what we had been through all evening.”

“Zambello‘s production of The Ring of the Nibelung is a big deal in all kinds of ways. But what makes it, for me, startling and brave is how American she has re-framed the work, and how darn well she pulls it off… Zambello has plucked pieces of American history and found iconic images to dress and immediately identify characters so that regardless of our operatic education or inclination we can be brought in to experience the heart of Wagner’s epic…Some of her “solutions” prove brilliant. Auguin and Zambello have delivered a most memorable Prologue to an American Ring. By the roar of the crowd that leapt to their feet at the curtain call, many of the audience felt the same.”

“In this initial opera, the genius “Midas touch” of the directorial interpretation is that Director Zambello treats the source material with great respect and reverence while, concurrently, adding fresh and invigorating yet subtly interwoven relevant and innovative interpretive touches. …Zambello has reinvigorated The Rhinegold with exciting new dimensions while maintaining the unique and universal appeal of this artistic masterpiece. A huge thunderous ovation is in order for the coordination of this entire ambitious effort and it can only portend major anticipation for the three upcoming operas in the Cycle.”

“These themes and others played out in the astoundingly well-performed The Flying Dutchman (Der fliegende Hollander) [using Francesca Zambello‘s staging] by the Virginia Opera (for the first time in 20 years) at George Mason Center for the Arts April on 23rd. How many ways did I love this show? Numbering them would take hours. My thought throughout was: ‘My, God, this is art at its best.’ ”

Virginia Opera mounts a high-flying ‘Dutchman’
“The Virginia Opera, which presented [Francesca Zambello‘s staging of] The Flying Dutchman (Der Fliegende Höllander) this weekend at George Mason University’s Center for the Arts, has aimed high in the past with some success, and it can be proud of this effort as well. …an imaginative and well-grounded take on things…”

Dallas Opera spares no expense with history-making Show Boat
“Dallas Opera, using Francesca Zambello‘s Lyric Opera of Chicago production, has breathed new life into the American classic with soaring voices and nuanced performances…You’re not likely to see this early American gem, which many credit as changing the course of American theater when it premiered in 1927, performed in such lavish style again for a long, long time.”

“The production’s combination of several elements is unlike anything the Dallas Opera has done before…the show has proven a success with audience members.”

Dallas Opera takes gamble and scores with Show Boat
“You can go for the exquisite voices, the sumptuous staging or the enveloping warmth of a rich musical tapestry woven by a masterful 51-piece orchestra conducted by Emmanuel Villaume, but the big reason to see Show Boat is the compassion that suffuses The Dallas Opera production at Winspear Opera House… …there’s a humanity that rises to the level of majesty in imperfect characters doing their best in imperfect times… E. Loren Meeker’s stage direction of this production originally designed by Francesca Zambello for Chicago’s Lyric Opera, deftly weaves the strands together, illuminating contrasts among the journeys. ..the show received a well-deserved ovation at Friday’s opening night from a mix of opera subscribers and musical theater fans.”

Dallas Opera’s First Broadway Production, Show Boat, Is Unfailingly Engaging
“Francesca Zambello conceived and provided the stage direction for the Chicago production, and her philosophy and intentions have been carried over into the Dallas production by E. Loren Meeker.”